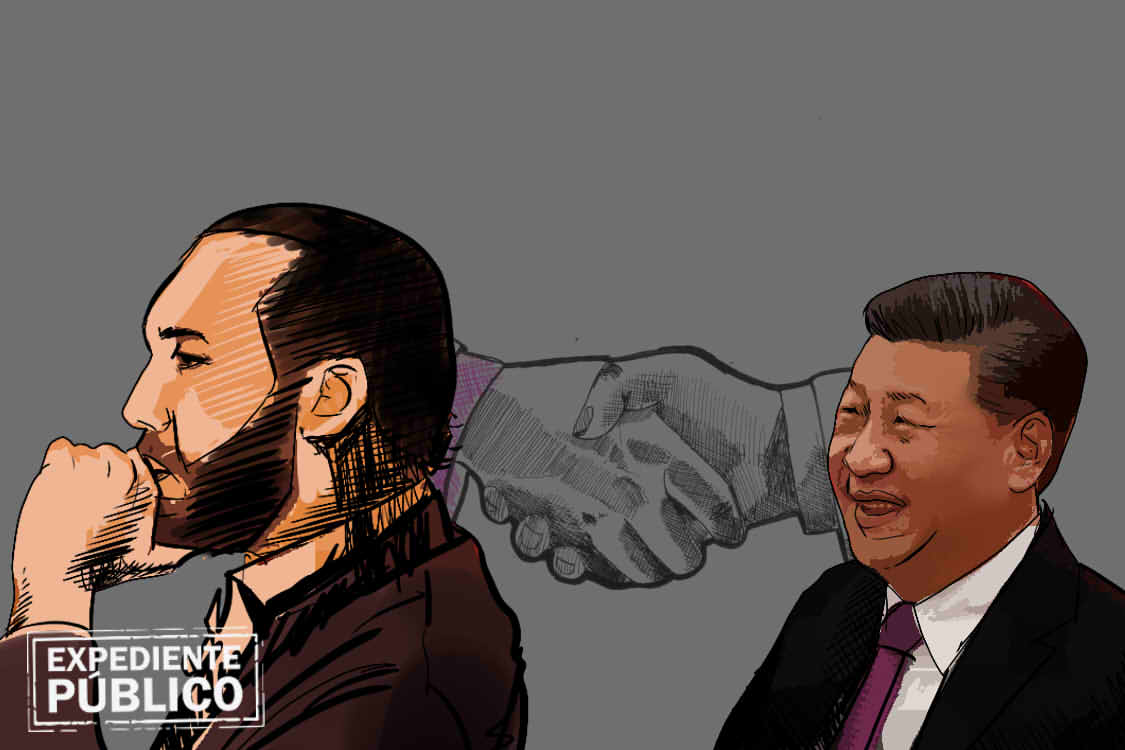 China: The Asian Giant that could squash El Salvador’s Economy

*Parsifal D’Sola, an analyst on Chinese foreign affairs and the director of the Andrés Bello Foundation, considered that the commercial approach had more of a geopolitical purpose.

**Federico Hernández, an analyst on Salvadorian politics, emphasized that negotiations about a possible Free Trade Agreement (FTA) already lack transparency, which is a reflection of the government of Nayib Bukele.

***The senior economist at the Central American Institute for Fiscal Studies (ICEFI in Spanish), Ricardo Castaneda warned about the possibility of this trade agreement benefitting Chinese companies, instead of the Salvadorian people.

The Nayib Bukele government quickly began negotiations with the People’s Republic of China to sign a Free Trade Agreement (FTA), a process that for the time being has left out Salvadorian economic groups who demand to be included. In the opinion of some analysts, this process lacks transparency and is a geopolitical move in the region by the Asian giant.

Federico Hernández, an analyst on Salvadorian politics, explained to Expediente Público in an interview that whatever opening the country creates for new markets is always welcome, but that these negotiations have left many “questions in the air” thus far and have thus been viewed as not being very transparent.

“Those who should be the protagonists in the design and preparation of these treaties are the constituents. Those who will be impacted by the treaty for good or bad are businessmen and women of all types. What is worrisome is the secrecy with which the government always manages these sorts of things. Suddenly, we woke up to find that the country no longer had a FTA with Taiwan,” said Hernández.

On November 9, while China was donating money to alleviate the economic crisis in El Salvador, Bukele announced that he had begun talks “to sign the FTA between China and El Salvador as soon as possible.”

The United States, considered the world’s leading economy, is El Salvador’s main trading partner. Data from the Central American Trade Statistics System (SIECA in Spanish) show that in 2021 the small Central American country sold US$1,564.75 million to the US market, while its exports to China reached just US$74.49 million.

For Hernández, any trade agreement with China is “complicated” for El Salvador.

“To the extent that China is an economic giant, it has too large a market. That said, it is difficult to prevent the country from overwhelming Salvadorian businessmen with products that are ridiculously priced and forcing national entrepreneurs out of the market. It is very easy to say that you are going to export to China, but it is not as easy to do so.”

El Salvador was the third Central American country to break diplomatic relations with Taiwan. On August 21, 2018, during the administration of Salvador Sánchez Cerén, the government exported US$53.38 million to the island, while it exported only US$46.85 million to China that same year, according to data from SIECA.

A few months after assuming the presidency, in December 2019, Nayib Bukele traveled to China to consolidate ties and, together with Chinese President XI Jinping, signed a series of agreements “for a gigantic non-reimbursable cooperation” that would benefit a variety of economic sectors.

Chinese foreign policy analyst Parsifal D’Sola, director of the Andrés Bello Foundation, explained to Expediente Público that these negotiations about a possible FTA were a “geopolitical move.”

The main interests of China in Latin America are economic in nature, which has caused geopolitical tension, particularly with the United States.

“For the United States, China represents a geopolitical challenge and even a threat to regional security. When looked at locally, this perspective varies a great deal,” said D’Sola.

The FTA to benefit Chinese companies

Despite the opportunity with which the FTA presents El Salvador to obtain better trading opportunities beyond its traditional markets, according to D’Sola, it has proven that countries that sign trade agreements with China see an increase in their exports initially, however, months later, these numbers return to the “pre-FTA standard.”

“Beyond benefitting public relations, either for China or the local government, the agreement does not fundamentally impact the economic ties between the two countries,” D’Sola insisted.

The director of the Andrés Bello Foundation insisted that the agreement is showing that the activities and the way that the Chinese go about their business do not benefit the population or the countries where they operate.

“Chinese companies tend to adapt to local contexts instead of demanding transparency, which was the case of Venezuela, due to the lack of supervision, institutions, and rule of law, in addition to obscure negotiations. The results were catastrophic,” said D’Sola.

The senior economist at the Central American Institute for Fiscal Studies (ICEFI), Ricardo Castaneda recognizes that there is very little that El Salvador exports to China.

“A free trade agreement would not primarily benefit Salvadorian companies but rather Chinese companies. It is especially important to point out what has happened with other free trade agreements where El Salvador and other Central American countries have always been at a disadvantage in negotiating,” said Castaneda.

In this regard, Federico Hernández expressed that the agreement is “not a very realistic” initiative and that to arrive at the Chinese markets, El Salvador would have to offer “a very innovative product.”

“I do not see, for example, China consuming all the coffee in El Salvador; they already have enough coffee. I do not see any Salvadorian products that could compete with the number of products that the Chinese are consuming from all over the world. What I can see is the very real possibility that our country becomes overwhelmed with Chinese products, which could eventually displace national producers’ place in the market,” said Hernández.

For these speculations to have an answer, according to Hernández, President Bukele must open a dialogue with the different economic sectors in El Salvador.

“Sadly, we do not see this sort of transparency anywhere. All the free trade agreements to date signed by El Salvador, until the current government, have placed the private sector in a protagonist role, and it is the first time that we have a government that does these sorts of things behind closed doors. What is worrisome is that when politicians do things behind closed doors, they are most likely to mess up in a big way,” Hernández said.

Of the countries in Central America that maintain diplomatic relations with China, Costa Rica signed its own free trade agreement with the Asian giant on April 8, 2010, while Panama followed in its footsteps on June 12, 2018.

D’Sola insists that the negotiations initiated in El Salvador need a local institution that “looks after the interests of the population” so that there is transparency regarding the management of funds.

“The current dynamic damages the chances of any potential international or local competitor participating in these projects, as everything is negotiating between the two states behind closed doors; there is no space for the participation of other actors, and China, without a doubt, will see this situation as an opportunity for its own companies to participate,” said D’Sola.

The FTA in exchange for what?

Following the arrival of Bukele, the Asian superpower offered every single type of project to El Salvador, including a new stadium and library.

At the beginning of November, at an event in Madrid, the Vice President of El Salvador Félix Ulloa said that China offered to buy the country’s foreign debt, according to comments he made to Bloomberg.

“China offered to pay all of our debt, but we are going to proceed with caution,” the vice president said.

The Bukele administration intends to reorganize its foreign debt and currently has around US$670 million in bonds that are due January 24, 2023. The country should pay US$800 million in January, but following a process of reselling the bonds, it was only able to obtain US$133 million, which represents 16% of the debt, for which it still owes US$666.9 million.

As of September 2022, the foreign debt of El Salvador amounted to US$11,470.42, according to statistics from the Central Reserve Bank of El Salvador.

On November 8, however, the minister of finance, Alejandro Zelaya, denied knowing that China had offered to buy the country’s foreign debt, as Vice President Ulloa had indicated previously to the news agency that specializes in economic reporting, Bloomberg.

“This is very serious. China has already bought foreign debts in Asia and Africa, and following these moves, it basically kept the countries as puppets. The fact that the vice president said something that was later lied about by the finance minister worries me because we have a government that, sadly, is not known for its truthfulness regarding its political and economic narratives,” said Hernández.

For Castaneda, it is important to keep in mind that El Salvador’s financial situation continues to be a complicated one. “The country has debt payments that it has to make in the next few years, which is why the importance of establishing comprehensive fiscal reforms that will allow for the current situation to improve is so relevant,” he said. 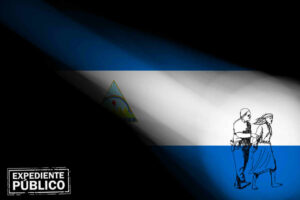 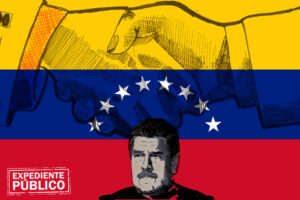 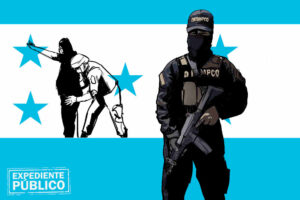 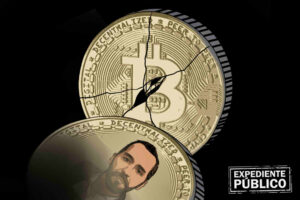