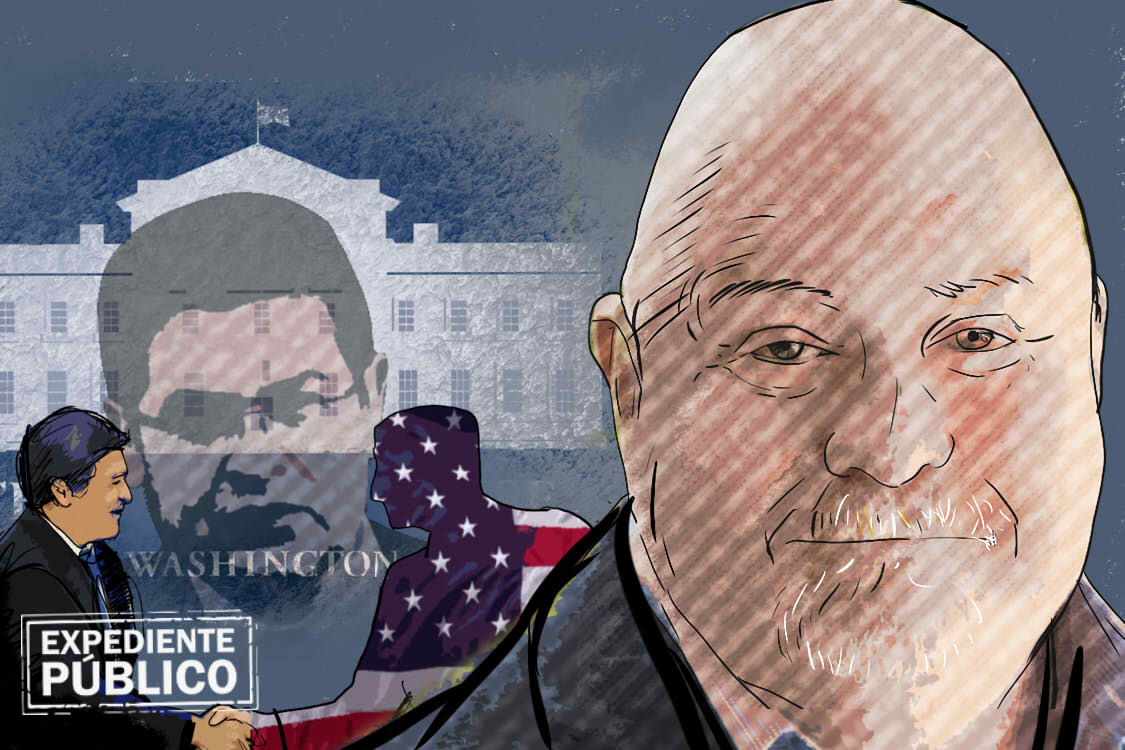 *Eric Olson is director of Policy and Strategic Initiatives at the Seattle International Foundation and fellow at the Wilson Center. He believes the corruption issue in Honduras is much deeper than what happened with Juan Orlando Hernández.

**The expert affirmed that the new Honduran government should make clear a clear commitment to combating corruption in the selection of a new attorney general and supreme court justices.

The United States (US) made some very important mistakes with former President of Honduras Juan Orlando Hernández, supporting his presidency despite “clear evidence of his ties with drug trafficking,” Eric Olson, director of Policy and Strategic Initiatives at the Seattle International Foundation and fellow at the Wilson Center, told Expediente Público in an exclusive interview.

On February 14, 18 days after leaving office as president of Honduras, the US government solicited the extradition of Hernández, who is accused of at least three crimes related to cocaine and arms trafficking.

According to the indictment from the US District Court of the Southern District of New York, since 2004, the former president has participated in a “violent conspiracy” of drug trafficking, which has led to the shipment of over 500 thousand kilos of cocaine from Honduras to the US.

Of the past 18 years, Hernández spent eight of those years as president of Honduras, after being re-elected in 2017 in general elections flagged as fraudulent.

For Olson, the US made the mistake of “politically supporting him in the 2017 elections,” which, in his opinion, led to the creation of a credibility problem for the Honduran people

“Many rejected Juan Orlando, and the fact that the United States saw itself as his ally caused a crisis of confidence in Honduras regarding the role of the US,” he explained.

In light of President Xiomara Castro’s inauguration on January 27, Vice President Kamala Harris’ visit sends “an important message” and welcomes different times with renewed American interest in working with the Honduran government and US acceptance of Juan Orlando as the source of a lot of the corruption in the government,” analyzed Olson.

The US revoked the former president’s visa, included him on the Engel list in July of 2021, and subsequently requested his extradition, which, according to Olson, is an attempt by the US “to save its politics and image in Honduras, which have suffered because of the relationship between Juan Orlando and the US in recent years.”

Corruption: Alive and well in Honduras after JOH

In sending Vice President Harris to Honduras, the US sends a message of “hope that Honduras can reverse a long and sad history of systematic corruption in Honduras, which has plagued the country over the last three decades,” Olson said.

But it would be a serious mistake to believe that corruption would disappear once the former president of Honduras was extradited and appeared before US courts. “The US recognizes that the problem of corruption encompasses more than just Juan Orlando;” “achieving justice is a first step, but it is not the last step,” he added.

The creation of an International Commission to Combat Corruption and Impunity in Honduras (CICIH) «is extremely important,» but it is also necessary “to seek institutional solutions to corruption,» he said.

While corruption in the region affects the US in many ways, it primarily «affects the countries themselves and the citizens in them by weakening democracy, institutions, and the rule of law, regardless of whether we are talking about Nicaragua, Honduras, El Salvador, or Mexico…».

Corruption causes citizens to lose hope and, many times, leaves them with no choice but to leave their home countries. It also «makes it much more difficult for the US to continue supporting democracy in those countries,» the analyst said.

According to Olson, the government should show its commitment to combat corruption in the selection process of the new attorney general and supreme court justices, since corruption and impunity weaken and compromise both the public prosecution service and the judiciary.

The legacy of the new government

The selection of public officials should be focused on those who work independently from politicians and are committed to the rule of law, which is something that “has really been lacking in the case of Honduras” and could be an important legacy for the new government.

The government should also undo laws of impunity that are part of the Penal Code, which was reformed so that the corrupt would not have to «suffer in prisons or courts.”

Parliament, dominated at the time by the National Party, approved laws that formed a pact of corruption and impunity. Some members of the Liberal and Libre parties also supported these initiatives, with the former being the party that brought Castro to power.

Olson describes his perception of Castro’s commitment and the new Congress’ commitment to reverse these laws as positive and optimistic, even though he recognized the need for concern with regard to an amnesty law, which was recently approved.

This law “provoked a negative reaction from Honduran citizens and the US. In this sense, the solution is not the exit of Juan Orlando, but rather, it begins with Juan Orlando,» he specified.

Relationships with authoritarian and anti-democratic governments

Another uncertainty regarding the future of Honduras is the relationship between President Castro and her husband and former President Manuel Zelaya (2006-2009), who maintains ties with the presidents of Nicaragua and Venezuela: Daniel Ortega and Nicolás Maduro, among other anti-democratic and authoritarian countries.

“That is always a concern,” expressed Olson in an interview with Expediente Público. Olson considered it necessary to incentivize the new government to work toward a new and more respectful democracy: one that is not destroyed “like those in Nicaragua and Venezuela.”

For Olson, there are only two options. “If Honduras follows in the steps of Nicaragua or Venezuela, a policy of isolation awaits the country,” which will result in “suffering” for its citizens. However, if “Honduras chooses to work with the international community, Europe, the United States, and Canada to build a new democracy, the result will be an answer to the security and economic needs of Hondurans.”

Human rights in Honduras and Nicaragua

One of the main grievances of the government of Ortega has to do with human rights violations, which have been attributed to a fabrication of facts in the press, according to Zelaya in an interview with Expediente Público.

Consulted on the issue, Olson said he was unaware of the phenomenon to which the former president was referring. He did, however, confirm his confidence in “the information, reports, and everything else gathered on the human rights situation in Nicaragua,” adding that it was “very concerning” and not a result of fabricated stories about the jailing of political opponents because of their peaceful political protests that opposed the regime.

The fellow also mentioned the case of the Guapinol River defenders in Honduras, who were imprisoned for more than two years for opposing a mining project but were released on February 24, despite the recent amnesty law approved by the National Congress. Additionally, the July 2020 forced disappearance of five Garifuna human rights defenders and the 2016 murder of the indigenous leader Berta Cáceres are still left unpunished.

«Very concrete actions must be taken to reverse these gross injustices, and I would expect the Castro government to do exactly that,» Olson said.

At her inauguration, President Castro announced that she would focus the government’s efforts on education, health, employment, and security.

Eric Olson emphasized that one of the most important challenges is assuring the continued purification of public security institutions.

“Some progress was made in the purging of the national police, even though there is talk about allowing those people to go back to work,» he said in reference to the announcement that more than 85 percent of these police would be reinstated after winning their lawsuits filed against the State.

Many of them are “corrupt and should not be able to serve as police officers;” their return to the institution “frankly would be a grave error because it would weaken the State.”

Another challenge is the Military Police of Public Order (PMOP), which was created in 2013 when Juan Orlando Hernández presided over the National Congress.

«There is a huge issue of human rights and corruption,» said Olson, who recalled that the Obama administration was very clear that it would not support the police and considered it important to «limit or even disband» the unit to strengthen the capabilities of the civil police.

«This has been the commitment of President Xiomara Castro, and I believe that the United States should support her» in this process «and at least ensure that the US Armed Forces do not support militarized police,» as they have been doing under the pretext of drug trafficking. «This would be a milestone,» Olsen said.

Finally, Olsen stated that the Castro government should invest «much more» in homicide prevention than the previous administration.

«I believe that the commitment of the past government, that of Juan Orlando, was minimal, and it did not achieve much in that regard; there is much more to do in the prevention of violence in Honduras,» which has one of the highest homicide rates in the world at 40 homicides per hundred thousand inhabitants. 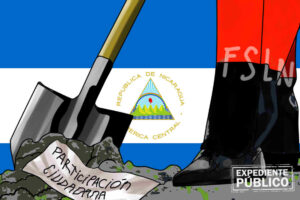 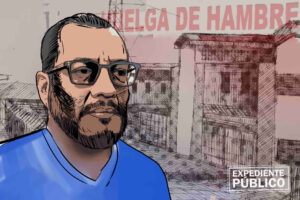 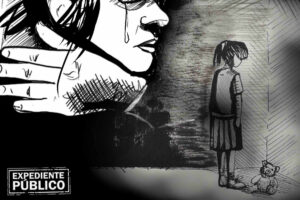