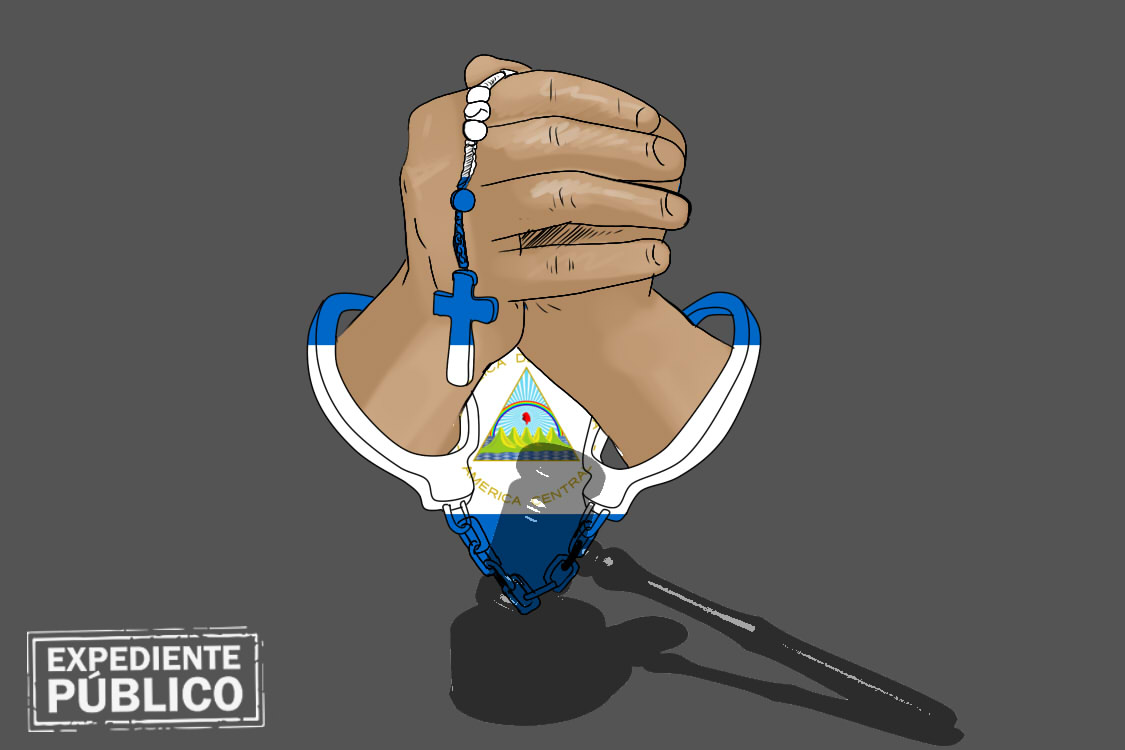 *Ex officio attorneys and activists of Daniel Ortega’s political party were assigned to the cases of priests José Leonardo Urbina and Manuel Salvador García, a reflection of human rights violations in the Central American country.

The Nicaraguan government, as part of a campaign of political persecution against the Catholic Church in Nicaragua, detained its first priests, José Leonardo Urbina and Manuel Salvador García Rodríguez. The Daniel Ortega and Rosario Murillo regime did not allow the priests the right to a fair trial and deprived them of all civil liberties. Specifically, the priests were not allowed to present their own lawyers before the court, and in their place, the government sent ex officio attorneys to represent them at trial hearings.

In the case of Urbina, who directed the Perpetuo Socorro Parish and was episcopal vicar to Boaco, Nicaragua, a province located 88 kilometers away from East Managua. Since Urbina was detained by the Ortega-Murillo regime on July 13, 2022, he has not been able to present before the court a lawyer of his preference. The first defense attorney that Urbina received was an activist of the Sandinista National Liberation Front (FSLN), and the second attorney to take over Urbina’s case was a public defender directly recommended by the judge.

The first defense attorney, who worked in private practice, was Harry Antonio Valle Palacios, a known sympathizer of the Sandinista government. On July 15, 2022, attorney Valle Palacios presented a letter to the Office of Reception and Distribution of Judicial Cases and Requests (ORDICE) in Managua. In the letter, Valle Palacios asked the Third Criminal District Judge Specialized in Violence Edén Enrique Aguilar Castro to appoint him as the “technical defense counsel” of the priest, who is accused of sexually molesting and raping a 14-year-old.

“What we see in this case is that a supporter of the regime did not do his job as an attorney. Ultimately, his ideological preferences prevailed over his professional capacities. Private defense attorneys must be hired by the defendant. The question is, therefore, whether the defendant knew which attorney would defend him,” said an attorney who prefers to remain anonymous.

At the court hearing on July 21, 2022, attorney Valle Palacios, who consistently shares propaganda in favor of the regime on his Facebook page, did not contradict the prosecutor during his defense of Urbina. Instead, his defense approved of the prosecution’s argument and the judge’s decision, even though human rights organizations have condemned arbitrary court decisions.

“The population trusts the judicial branch, which establishes peace, justice, legal guarantees, and the rule of law in Nicaragua,” said Valle Palacios during the hearing.

That same day, after having been identified as a member of the FSLN, the attorney resigned from the case. “He was neither an ex officio attorney nor a public defender and, more broadly, failed to give an adequate defense. No one saw him as a legitimate, practicing lawyer. He did not even refer to the case in the hearing or present an argument to counter the content of the document to keep the case from going to trial, which was the goal of the hearing for the defense,” according to attorney and specialist in judicial administration, Yader Morazán.

Morazán explained that Valle Palacios, in resigning the same day as the hearing, committed the crime of “unfaithful representation,” which is punishable by “a fine of between 300 and 600 days and suspension from the legal field for two to six years,” according to Article 466 of the Nicaraguan Penal Code.

Valle Palacios, however, in a video published to his social media account, threatened to sue La Prensa, Artículo 66, and 100% Noticias for supposedly propagating “fake news” on the case.

“The media said that I was the ex officio attorney for the government; however, I presented an official request that mentioned one of the priest’s family members’ having named me as the defense attorney to the case,” mentioned Valle Palacios.

An obstacle to the ‘right to counsel’ in Nicaragua

The regime continues to violate the constitutional rights of the priest who, after presenting himself before the police delegation of Boaco following the complaint filed against him for supposedly sexually abusing a minor, was detained by the police. The government has not allowed him to name his own defense lawyer to a case that is considered to be political.

The judge of the case, Edén Enrique Aguilar Castro of the Third Criminal District Court of Managua Specialized on Violence had requested the defendant’s presence at his office on July 29, 2022, for a special hearing during which the defendant could appoint a “counsel of confidence.” However, on July 25, 2022, the court, after receiving what it considered to be a “variety of proposals from the defendant’s relatives,» who proposed a different private attorney, decided to grant the case to public defender Jennifer Eliett Hernández Granera, without consulting the defendant.

Morazán points out that with the “person most interested in the case in front of him,” the judge could have acted differently.

The role of public defenders

On June 7, 2022, Manuel Salvador García Rodríguez, priest of the Jesús de Nazareno Church in Nandaime, Granada (55 kilometers from Managua), was the first clergyman detained by the Nicaraguan government, following the circulation of a video where Martha Candelaria Rivas Hernández accused the priest of hitting her on the right cheek with a padlock.

The court designated public defender Martha Mercado to the priest’s first hearing, as he supposedly did not have the resources to hire an attorney. Martha Candelaria later recanted, for which she was condemned to five years in prison on false testimony charges. Mercado, who represented the priest from Nandaime on behalf of the Public Defender’s Office, also represented Martha Candelaria in her trial.

During the legal process, the court allowed the priest to select his attorney, a responsibility that fell on attorney Heriberto González. However, since Martha Candelaria could no longer be used by the prosecution, five others accused the priest of intimidation, and the court sentenced the priest to two years in prison and a fine of 200 days.

Morazán describes the role of public defenders in legal processes against political prisoners as that of “complying with the legal requirement.” “The law states that the defendant must have an attorney present in hearings to avoid annulment and limiting the right to choose his or counsel. Most clandestine hearings are carried out by the Public Defender’s Office, which is an institution created to guarantee legal rights to defendants who lack sufficient economic resources,” according to Morazán.

The Public Defender’s Office is an institution that forms part of the judicial branch of government and is led by Clarissa Indiana Ibarra Rivera, an official who was seen on July 19, 2022, with a red and black flag in hand celebrating the 43rd anniversary of the fall of the Somoza dictatorship and the triumph of the popular revolution in Nicaragua.

“A native of the Caribbean coast, Clarissa Ibarra spent many years as an appellate judge on the northern Caribbean coast but moved and climbed the ranks within the Public Defender’s Office, where she is clearly someone who is aligned with the Sandinista government,” an attorney, who prefers to remain anonymous to avoid reprisal in the current context of political persecution and repression in Nicaragua, told Expediente Público.

For the Colectivo de Derechos Humanos Nicaragua Nunca Más, political prisoners’ right to counsel is a “non-existent right.” The criminal proceedings carried out between February and March of this year, which began with arbitrary arrests, are an example of “legal limbo” in which Nicaraguan political prisoners find themselves. “This legal limbo, in addition to conditions of isolation and secrecy imposed on prisoners by the National Police and the Public Prosecution Service, prevented defendants from having access to trusted legal professionals or prepare a proper defense,” published the report, “Nicaragua: Entre represión y resistencia ciudadana,” released on June 29, 2022, to expose the human rights situation in Nicaragua from 2021 to 2022.

“There are other aggravating factors in arbitrary detentions, such as disappearances, even if they are temporary; torture; cruel and degrading treatment; and all types of violations of an incarcerated person’s legal guarantees, such as the right to counsel of his or her choice,” explained Carrión.

The human rights lawyer said that trials against political prisoners are carried out by the government in “absolute isolation.”

“When defendants have had attorneys, a defense is still impossible. In other words, the defendant can formally name an attorney to his or her case, but the defense attorney cannot freely do his or her job,” said Carrión.

In Nicaragua, political opponents who were detained after May 2021 during a wave of arrests were tried and convicted in legal processes that lacked legitimacy, according to human rights organizations.

The attorney who spoke anonymously with Expediente Público confirmed that in the case of Urbina, in denying the defendant the right to name an attorney of his choice to the case, the judge was “obstructing the defendant’s right to counsel or rights of the accused.”

“If a judge or any other authority prevents the defendant from hiring the attorney of his or her choice, that person is committing a criminal offense. However, prosecutors pursue defendants, and judges in Nicaragua act with compete impunity, as there are no control mechanisms in place. These people know that they will not be prosecuted. Moreover, a judge commits prevarication of functions when he or she acts contrary to the express law,” the lawyer pointed out.

The Penal Code establishes that any authority, official, or state employee who impedes or obstructs a defendant’s right to counsel shall be punished with a fine of 100 to 300 days and suspension from working in government for one to three years.

In the Central American country, political prisoners continue to fall victims of a justice system that, since the outbreak of the sociopolitical crisis in 2018, has been used by the Ortega-Murillo regime as a repressive mechanism. 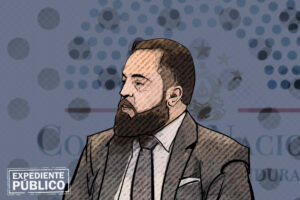 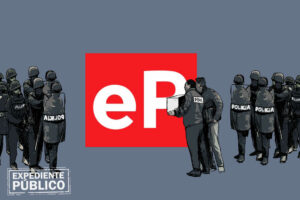 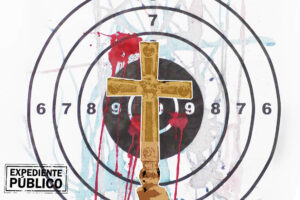 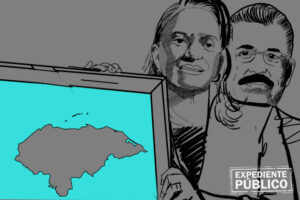