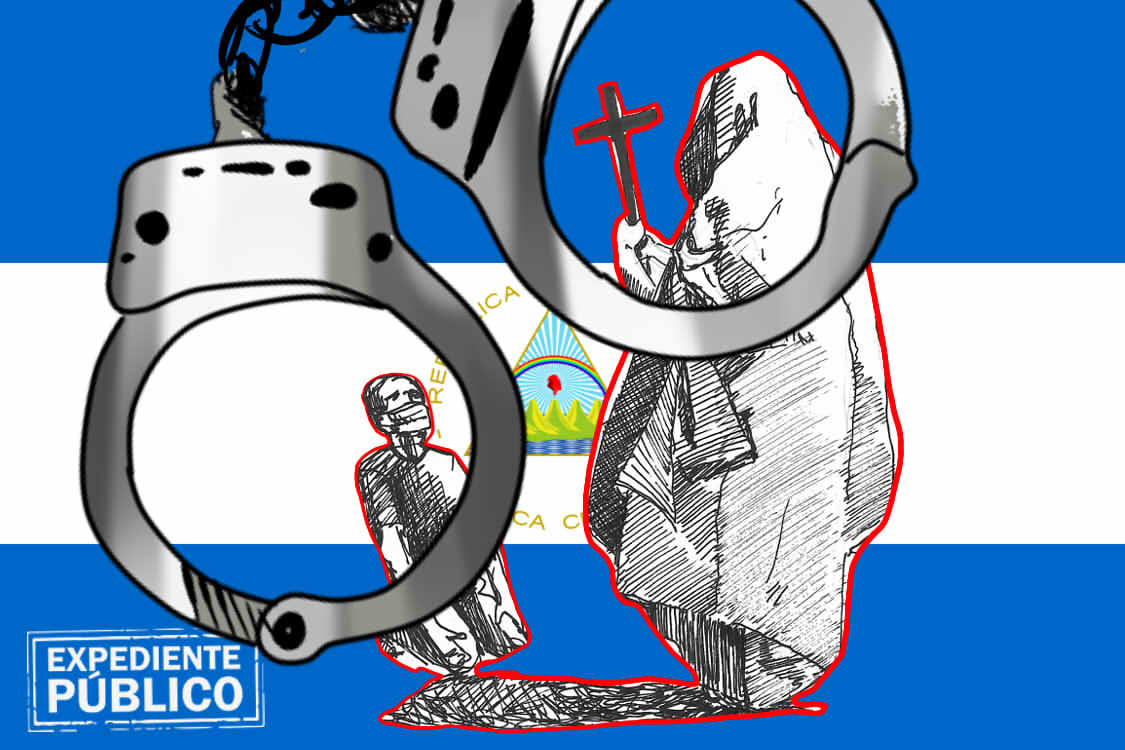 *Experts in Latin America who participated in a forum on religious persecution in Nicaragua warn that the goal of the regime is to silence the Catholic Church, the last independent institution in the country.

**They point to the importance of reacting to the most recent wave of repression by imposing personal sanctions on Ortega, suspending Nicaragua from CAFTA, and conducting a US investigation against Dante Mossi, the president of CABEI, for “financing dictators.”

Last Friday, in an event in Washington, DC, a panel of experts suggested that the United States (US) impose personal sanctions on Daniel Ortega and follow his money trial, intervene in the pension funds that the Nicaraguan military has invested in the US stock market, suspend Nicaragua from the Central America Free Trade Agreement (CAFTA), and investigate the President of the Central American Bank for Economic Integration (CABEI) Dante Mossi for financing the Ortega-Murillo dictatorship.

Three US experts, a Catholic archbishop, and a former Nicaraguan education minister participated in the Center for Strategic and International Studies (CSIS) forum on «Religious Persecution and the Closing of Civic Space in Nicaragua» in Washington, DC.

In the panel, Catholic Archbishop Timothy P. Broglio highlighted the history of religious persecution in Nicaragua perpetrated by the Sandinistas since the 1983 visit of Pope John Paul II. “It’s the only international visit that I can remember where those in power tried to block the message by the Holy Father by creating a short circuit in the speaker system and playing loud music during his sermon at Mass in the main square,” recalled Broglio, archbishop of the United States Armed Forces and member of the International Justice and Peace Committee of the United States Conference of Catholic Bishops.

Broglio visited Nicaragua in 2018 on behalf of the North American episcopate to express his solidarity with the bishops of the Central American country. “During that trip, I heard horrifying stories that detailed the killings of over 300 peaceful protesters by gang members, who were armed by the State, and I saw pictures of bloodstained church floors and desecrated statues and bullet holes in the walls of churches,” Broglio recalled of his visit.

Broglio pointed out that the persecution of Nicaraguan bishops, Silvio Báez and Rolando Álvarez has revealed the «increasingly authoritarian tendencies» of Sandinismo. “When a bishop condemns arbitrary arrests of opposition leaders and the repression of peaceful protesters, he is preaching the gospel,» said Broglio.

Persecuting the Church to damage the social fabric

The Ortega-Murillo dictatorship is motivated to persecute the Catholic Church to silence the institution and prevent it from continuing to condemn government abuses and human rights violations, according to participants at the forum hosted by CSIS.

“The recent arrest of Bishop Rolando Álvarez is part of the regime’s broader pattern not only of repression but also of silencing citizens daily. The regime is eroding the social fabric of the country and repressing human rights defenders, journalists, and lawyers. All citizens who dare to protest are watched, intimidated, and arbitrarily arrested by the government,” according to Deborah Ullmer, regional director of programs for Latin America and the Caribbean of the National Democratic Institute (NDI).

«Today, any academic, lawyer, religious leader, scientist, or professional who expresses sentiments that contradict the regime is considered by the Nicaraguan government to be an opponent of the regime. The repressive tactics of the regime differ based on convenience and include imprisoning and deporting citizens and conducting smear campaigns with the goal of instilling fear in the population,” Ullmer added.

For the director of programs for Latin America and the Caribbean of NDI, the tactics of the Ortega-Murillo regime seek to keep bishops, priests, and even churchgoers from speaking out against the socioeconomic and political situation in Nicaragua.

“Catholic religious leaders have gained more visibility by default; they are the last ones standing in Nicaragua to make a statement,” said Ullmer.

Former US Ambassador John Feeley, who currently directs the Center for Media Integrity in the Americas of the Organization of American States (OAS), recalled how Daniel Ortega and Rosario Murillo «used religious iconography» during the 2006-2007 presidential campaign, speaking of «peace, love, and understanding.» “It was a masterful performance,» Feeley said.

The former US diplomat argued that the result of years of an Ortega-Murillo rule in Nicaragua has been “a regime style similar to that of North Korea,” with security institutions – the police and armed forces – run by a family accused of crimes against humanity and with the worst human rights record in Latin America in the last 30 years.

Former Ambassador Feeley says that the US will never clearly advocate for regime change in Nicaragua and warns that both the US and the European Union «have limited options.»

Feeley suggested that «going after Ortega’s money trial» should be a high priority since he uses his finances to fund his political support and bribes.

«How do you do that? You exercise US legislation, such as the Nica and RENACER acts, to the full extent of the law,” said Feeley.

Feeley adds that the US should also increase personal sanctions against Ortega. “Daniel Ortega is a human-rights-violator-in-chief who has committed crimes against humanity. We have more than enough information to push for more sanctions against him,” according to Feeley.

Feeley also proposed the suspension of Nicaragua from CAFTA. “It is time to do it,” Feeley said. He adds that the US must talk to Japan and South Korea about withdrawing any concessional loans for Nicaragua as soon as possible.

“Finally, what I would do is have the US Treasury Department take a very serious look at the CABEI, which is run by an individual named Dante Mossi who has become the personal banker of the Nicaraguan dictator. Billions of US dollars have been spent in Nicaragua with very little supervision, which leads to corruption,” said Feeley. Feeley claims that the CABEI hands over 23% of its portfolio to the Managua regime. «Something is rotten there and needs to be investigated quickly,» he continued.

For Deborah Ullmer, the US can respond to the wave of repression perpetrated by the Ortega-Murillo regime by going after the pension funds that the Nicaraguan army has invested in the US stock market and its allies’ businesses. “The fact that the military has pension funds in the United States is absurd. We have been saying this for the past few years: the Nicaraguan military is in business,” Ullmer said.

The director of the NDI pointed out that the military conducts its business through «a kleptocratic network» of allies in Central America, including former Honduran officials of the Juan Orlando Hernández administration. «These are businesses that cross-cut Central America. We must follow the money, and we need to pressure other Central American governments so that they do just that,» said Ullmer.

Regarding CAFTA, Ullmer said that Nicaragua’s suspension is still «under consideration.» However, Ullmer also recalled that under the treaty, the Biden administration suspended sugar exports in August and called on “meat exports» from Nicaragua to be investigated.

Sanctions against the regime, not the population

Former Nicaraguan Minister of Education Humberto Belli warned that Nicaragua suffers from “the worst dictatorship in Latin America.» The former official of the Violeta Chamorro administration advocated for sanctions that would reach the regime without affecting poor people.

Belli advocated for «sanctioning Nicaraguan army officers who do not identify with the military’s ideology, but rather, are loyal to the dictatorship for the money that they receive from Ortega.» If these officers realize that sticking with Ortega hurts them more than not affiliating themselves with him, there is a possibility that they might drop their allegiance with the government,” Belli explained. “That would only happen if the US froze their pension funds or accounts abroad and prosecuted the individuals,” Belli continued.

Belli suggested that officers and government officials who are closest to the regime should be included in the type of sanctions found in the Magnitsky Act and experience visa cancellations. «This sort of action would make it more difficult for those close to the regime to remain loyal,» Belli said.

The former minister encouraged the US and the European Union, along with other countries, to keep monitoring the situation in Nicaragua. “It saddens me that the tragedy of Nicaragua is not in the papers. I wish that the White House would be less silent and more outspoken about what is happening in Nicaragua,” Belli added. 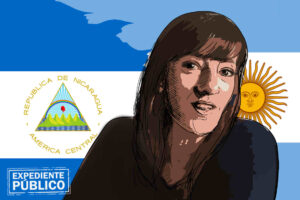 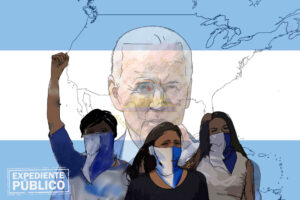 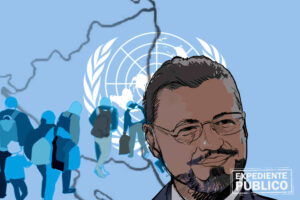 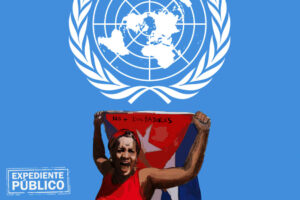